The World’s Most Expensive Diamonds in 2022 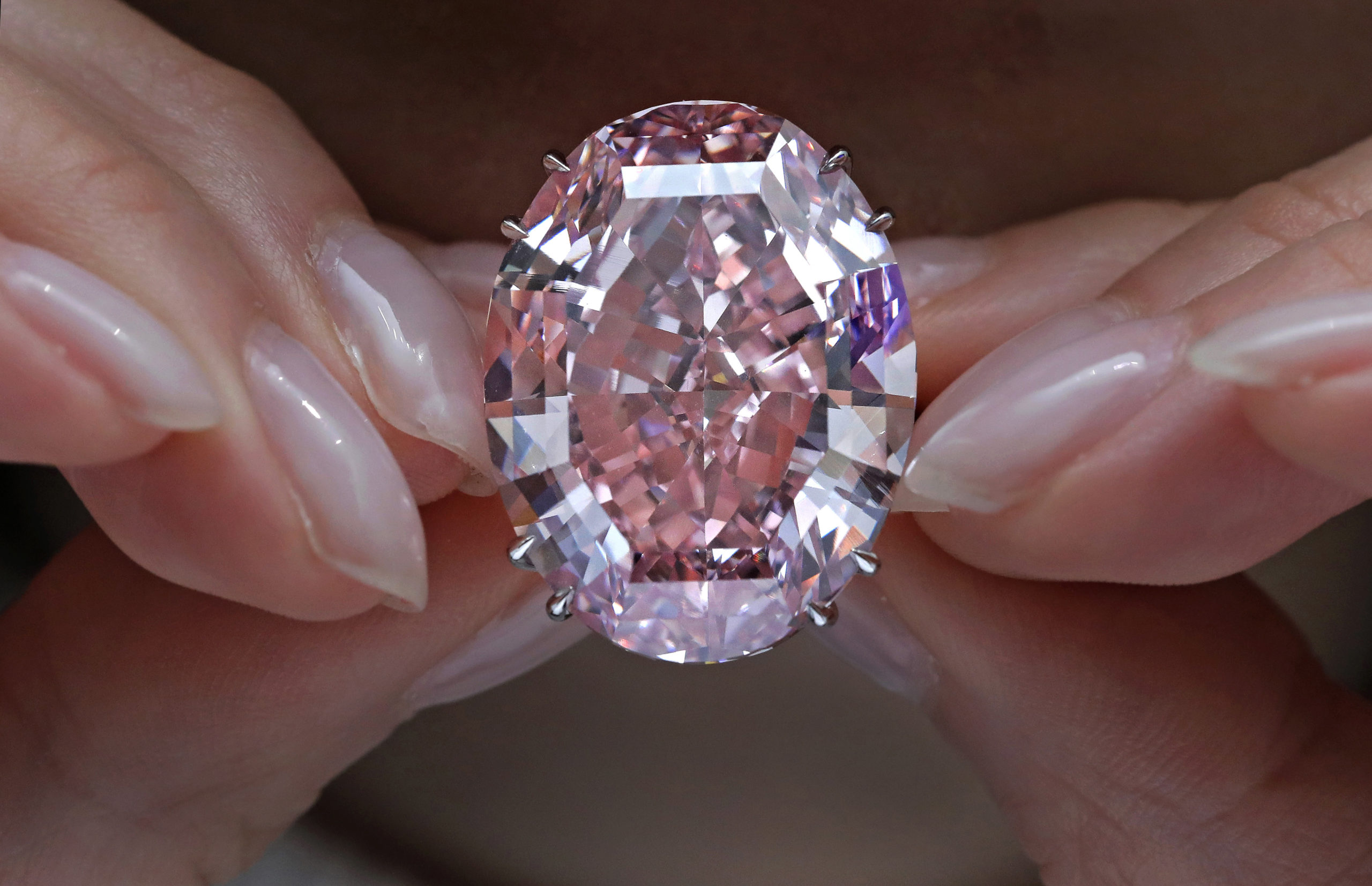 Did you know the world’s oldest documented diamond came from a mine in India between 1100 and 1300? It’s called the Koh-I-Noor Diamond, which means “Mountain of Light” and it has a carat weight of 105.6 carats. While a diamond this large could easily be one of the world’s most expensive diamonds it is not for sale and its value is priceless.

What makes this diamond priceless is that it currently sits atop the coronation crown of the British Crown Jewels. While you can’t buy or own this diamond unless you are a part of the Royal family, there are still some impressive rocks you can set your sights on, especially if money’s no object.

If you’re interested in finding out about the world’s most expensive diamonds and comparing diamond prices, keep reading this blog post to discover more information below.

The World’s Most Expensive Diamonds at Auction

Some of the world’s most expensive diamonds were found and sold. The diamond’s total worth was determined by bidding at a private high-end auction house such as Sotheby’s or Christie’s like the ones listed below:

The Pink Star Diamond really dazzles at 59.60 carats. When comparing the size of diamonds, a 60-carat fancy vivid pink diamond would be about the size of a strawberry. Imagine that as one of the choices of diamonds for an engagement rings.

It is an Internally Flawless large diamond with intense pink coloring. The De Beers diamond company discovered The Pink Star in South Africa in 1999.

The Pink Star Diamond’s $71.2 million price tag at Sotheby’s auction house makes it one of the top diamonds to be sold at auction. As well as putting it in the running for the world’s most expensive diamonds. Here are the runner-ups. 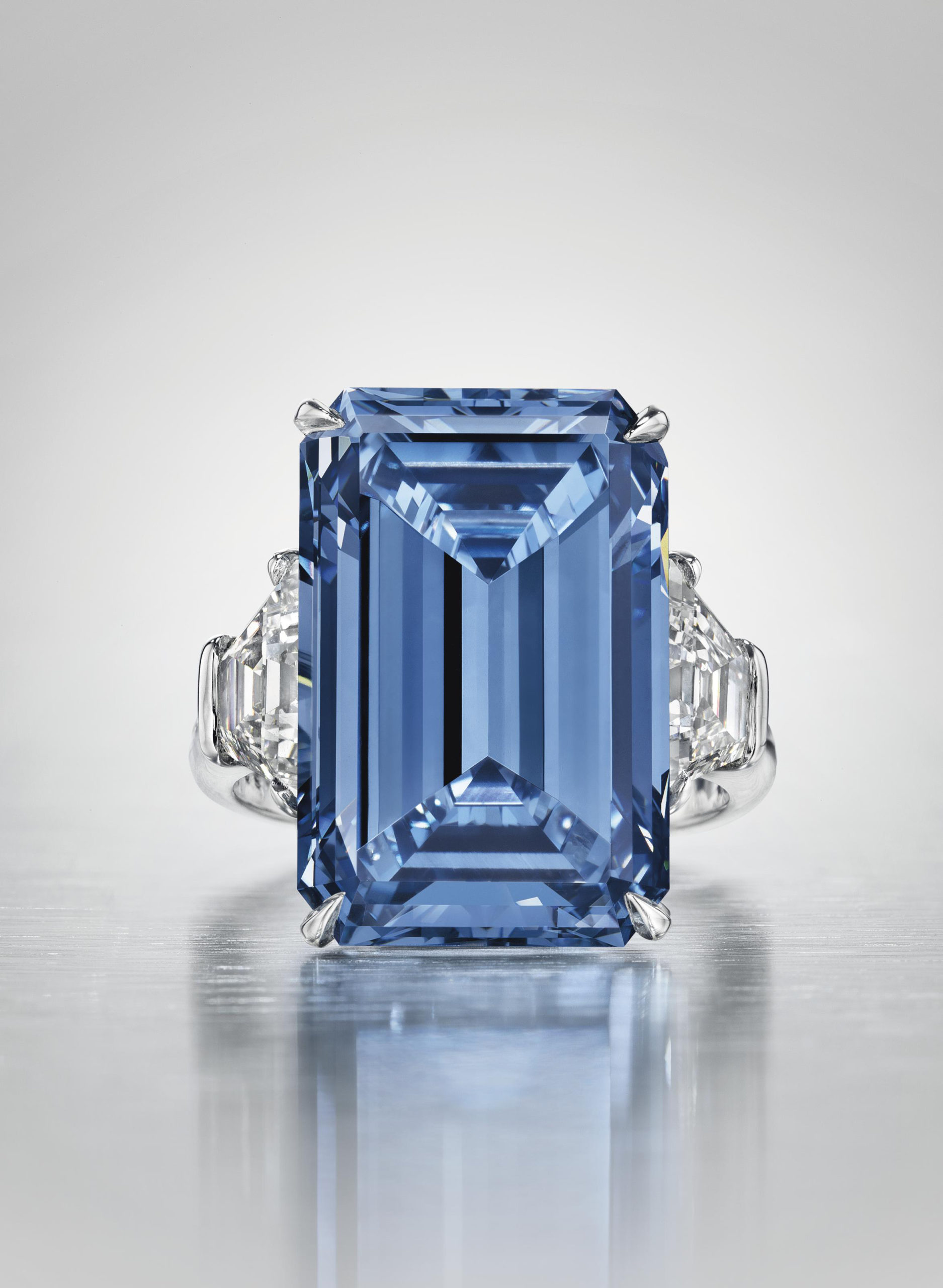 The Oppenheimer 14.6-carat natural blue emerald-cut diamond is one of the largest blue diamonds to be sold at auction. The Oppenheimer Blue Diamond received its name as a tribute to Sir Phillip Oppenheimer, a former chairman of the De Beers diamond company and the diamond’s former owner.

Blue diamonds stand out from other different diamond colors because of their exceedingly rare color qualities. The Oppenheimer Blue Diamond was sold at a Christie’s auction in Geneva for the equivalent of $58 million in 2016. Cementing it as one of the world’s most expensive diamonds. 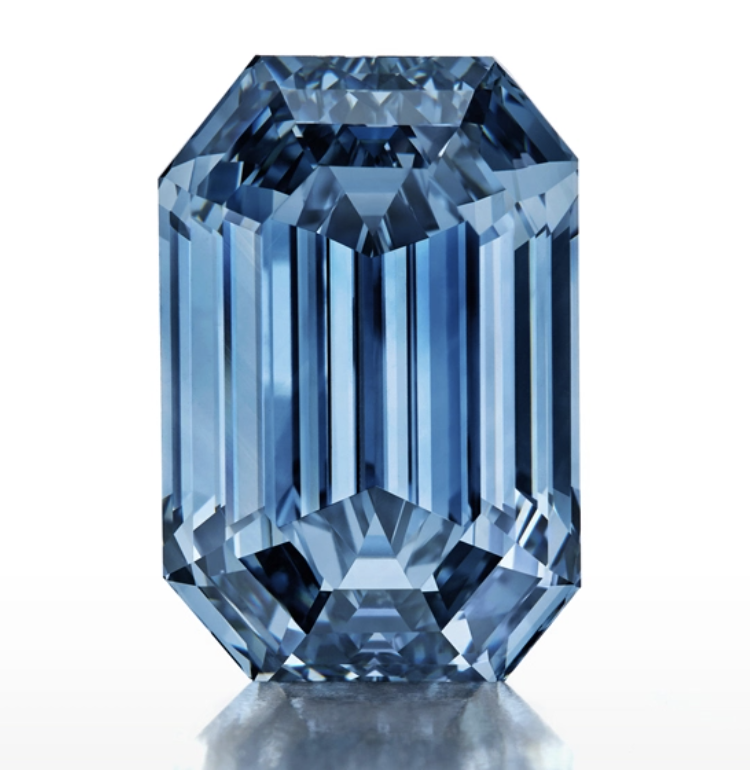 The De Beers Blue Cullinan Diamond is a stunner that contains 15.10 carats of natural blue coloring. It was found in the Cullinan Mine of South Africa in 2021. The Gemological Institute of America (GIA) certified the Blue Cullinan Diamond as a “fancy vivid blue”, the highest color grade possible in its class.

The De Beers Blue Cullinan Diamond was also sold at a Sotheby’s Auction in April of 2022 for $57.5 million despite only having an original estimated worth of $48 million. Therefore, tying it with The Oppenheimer Blue Diamond for the most expensive blue diamond at auction and one of the world’s most expensive diamonds.

Like the Hope Diamond and the Oppenheimer Blue Diamond, the rarity of a blue natural diamond adds to its value. And due to the size of diamonds with natural coloring, it is even rarer to discover a natural blue-colored diamond over 10 carats.

The World’s Most Expensive Diamonds on Display

Some of the world’s most expensive diamonds are not for sale. Their history and high worth make them centerpieces in museum displays where everyone can enjoy their beauty. 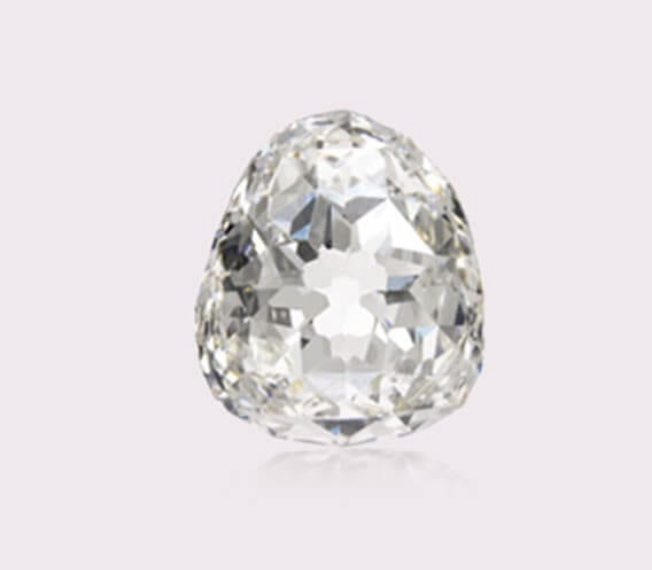 The Sancy Diamond credit to Worthy

The Sancy Diamond is a pale yellow diamond weighing 55.23 carats. Diamond carats heavily influence a diamond’s overall value. The more carats a diamond contains, the more it will be worth.

It is named for a French diplomat and soldier Nicolas de Harlay, Seigneur de Sancy, the diamond’s first owner. Notable other names associated with the Sancy Diamond include Henry III, Henry IV, and James I, as well as the Astor family in the 1900s.

It has an estimated worth of £5.3 million, or around $5.415 million US. However, the Sancy Diamond is considered, like the Koh-I-Noor, to be priceless.

If it were to sell at auction it would be worth possibly tens of millions of dollars at least. Which garners it a place with the other world’s most expensive diamonds.

The Sancy Diamond’s unique diamond cut looks like a shield. The Sancy Diamond is on display in the Apollo Gallery in the Louvre Museum in Paris, France with other historical diamonds of note.

The Star of Africa Cullinan Diamond

The Star of Africa Cullinan Diamond has an impressive carat weight of 530.2 carats with 76 facets. The Star of Africa was found in 1907 as part of a larger 3,106-carat weight Cullinan Diamond, equivalent to 1¹⁄³ pounds. It is also referred to as The Cullinan I because it is one of 9 other stones cut from this larger diamond, named for Sir Thomas Cullinan, the owner of the mine.

It is difficult to determine what the Star of Africa Cullinan Diamond could potentially go for at auction since it is also part of the British Crown Jewels displayed in the Sovereign’s Scepter.

Although experts have estimated the Cullinan Diamond’s worth to be at the very least in the area of $400 million. This makes it the king of the world’s most expensive diamonds. 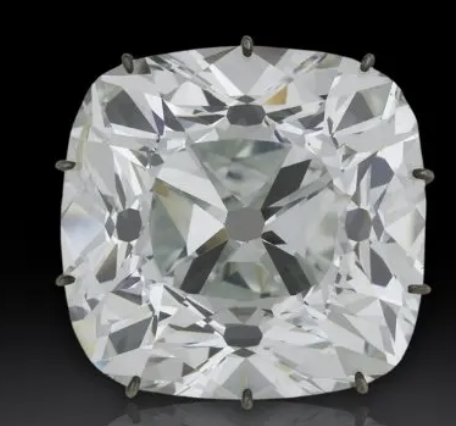 The Regent Diamond has a storied past. Legend has it, a slave discovered the diamond in the Kollur Mines of India and smuggled it out of the mine through a self-inflicted leg wound. A diamond’s sparkle can make people do crazy things.

It is named the Regent Diamond because great rulers throughout history have come into possession of it. From Louis XV to Louis XVI, Marie Antoinette, Napoleon Bonaparte, Louis XVII, Charles X, Napoleon III, and Princess Eugenie.

In 2022, the 140.64 carat stone has a value of $65 million in US dollars (£45 million). Though it is not available for purchase, you can visit the Regent Diamond on display in the Louvre Museum’s Apollo Gallery located in Paris, France. It is among some of the other world’s most expensive diamonds.

It is the 7th largest diamond to obtain a D coloring. The Regent Diamond also contains a blueish hue to it.

Its history and size add to its uniqueness. It received an Internally Flawless grading. 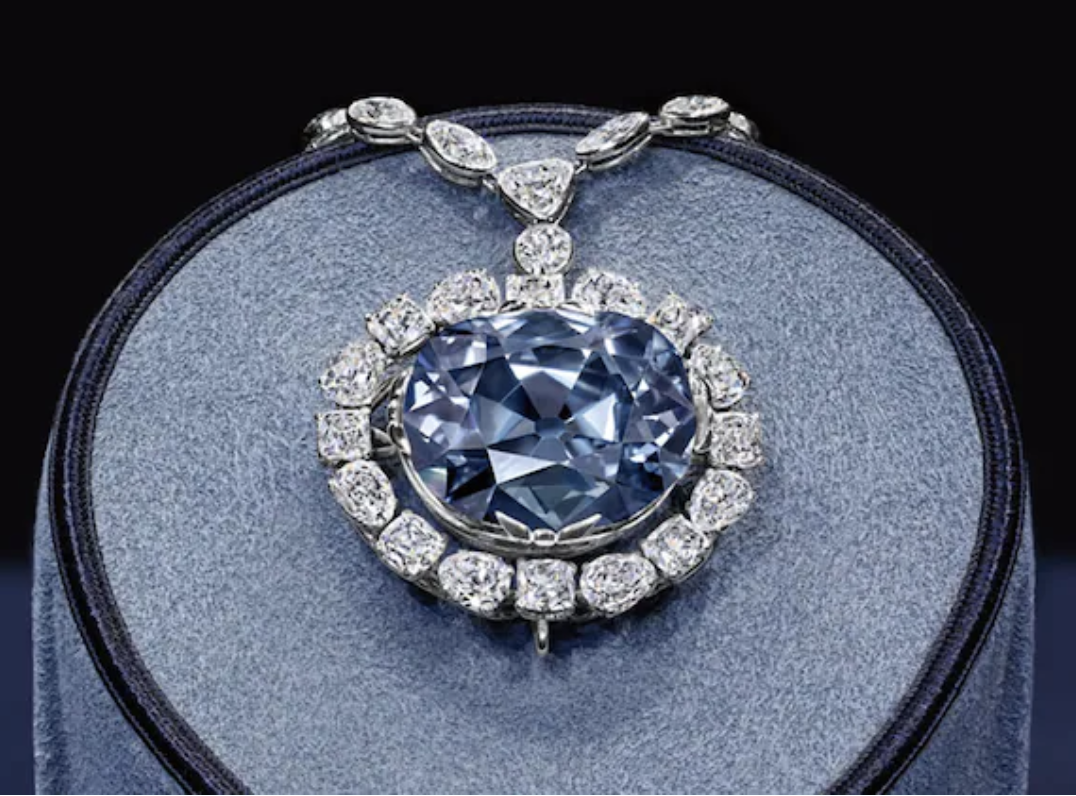 The Hope Diamond credit to Telegraph

The Hope Diamond sports a deep blue coloring due to the presence of boron atoms. Under ultraviolet light, its phosphorous content gives the blue stone a reddish appearance. Different diamond colors are more highly valued.

The Hope Diamond is a 45.52-carat blue diamond found in Kollur Mines of India in the 1600s. Blue types of diamonds like the Hope Diamond are exceedingly rare. It has an estimated worth somewhere between $250-$350 million, though its history alone makes it a priceless artifact and one of the top 5 of the world’s most expensive diamonds.

The Hope Diamond has been a part of diamond lore for centuries since its discovery around 1668. It has long been thought to contain a curse since those who have possessed the diamond for any period were stricken with immense bad luck and misfortune.

It appears to be the inspiration for the Heart of the Ocean blue diamond necklace design featured in the 1997 blockbuster movie Titanic that resembles a sapphire in coloring.

It has been rumored to have passed through the hands of famous historical figures throughout the years such as King Louis XIV, King Louis XV, Marie Antoinette, and George IV. The Hope Diamond went through a record 22 owners before The Smithsonian Museum took ownership of it in 1958.

The Hope Diamond is still on display at the National History Museum in The Smithsonian Museum in Washington, D.C.

Shopping for the world’s most expensive diamonds as potential diamond rings is fun, but it’s not the most budget-friendly. Comparing diamond prices is a must for any couple who wants the best diamonds for the best possible price.

At Masina Diamonds, we make it easy to find the best diamonds for engagement rings at our jewelry store in Atlanta, Georgia. Use our Diamond Link to compare diamond prices.

Search for the types of diamonds by different diamond colors and the size of diamonds. You can search by price, clarity, and cut too.

Best Bridal Shops in Atlanta The Sentimentalist Nestled on Atlanta's West Side, The Sentimentalist presents a perfect collection of designer and vintage gowns while providing excellent customer service to all of their customers. A small, family owned boutique, we...

END_OF_DOCUMENT_TOKEN_TO_BE_REPLACED 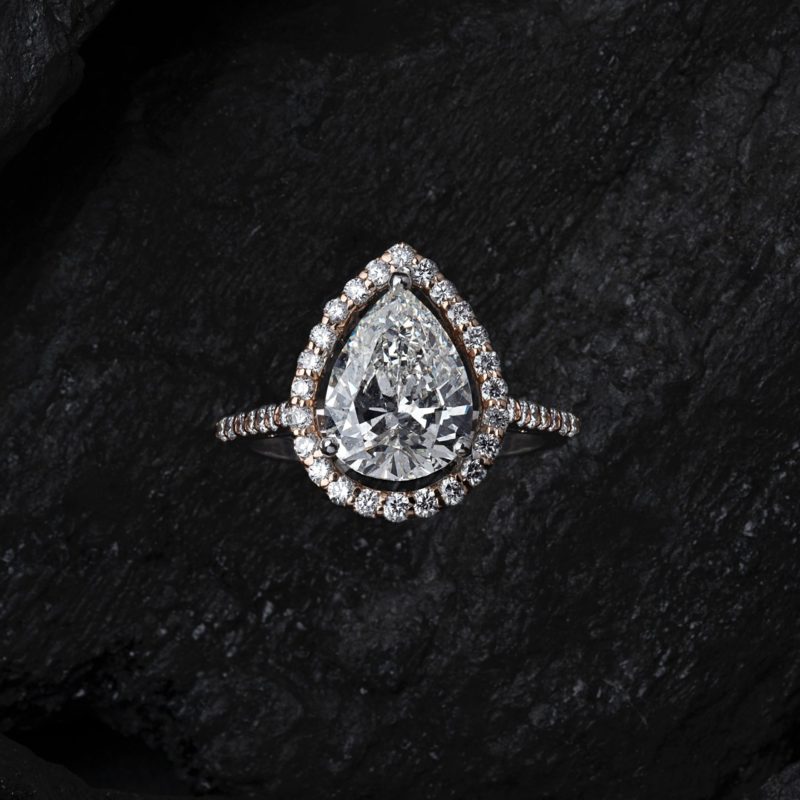 Which Diamond Type is Right for You?

When it comes to engagements rings, there are a few different types of stones to consider. Some types fit in budgets more than others, so let's break down the differences between moissanite and cubic zirconia as well as lab diamonds and natural diamonds. Moissanite...

END_OF_DOCUMENT_TOKEN_TO_BE_REPLACED 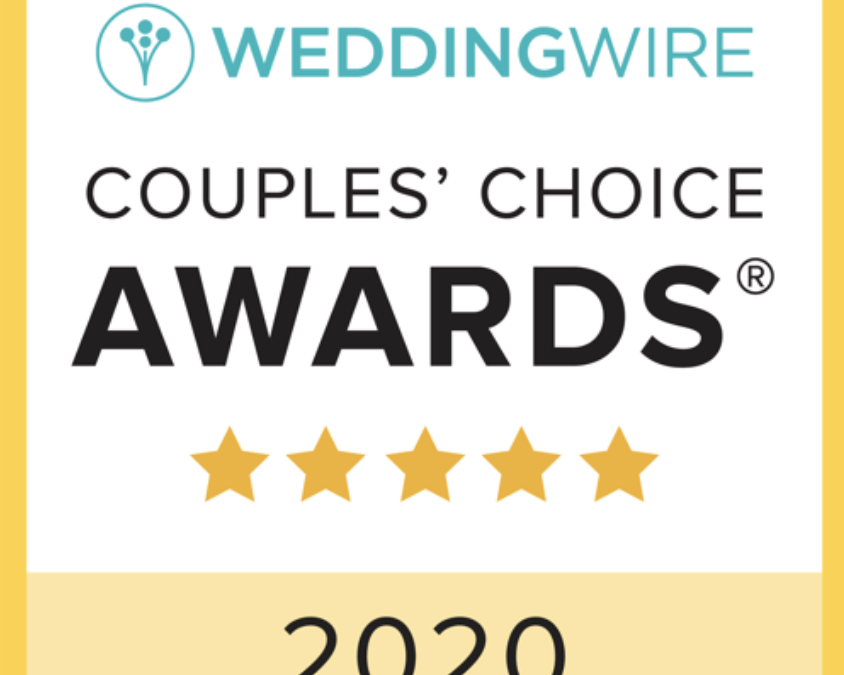