What Is a Lab Created Diamond? 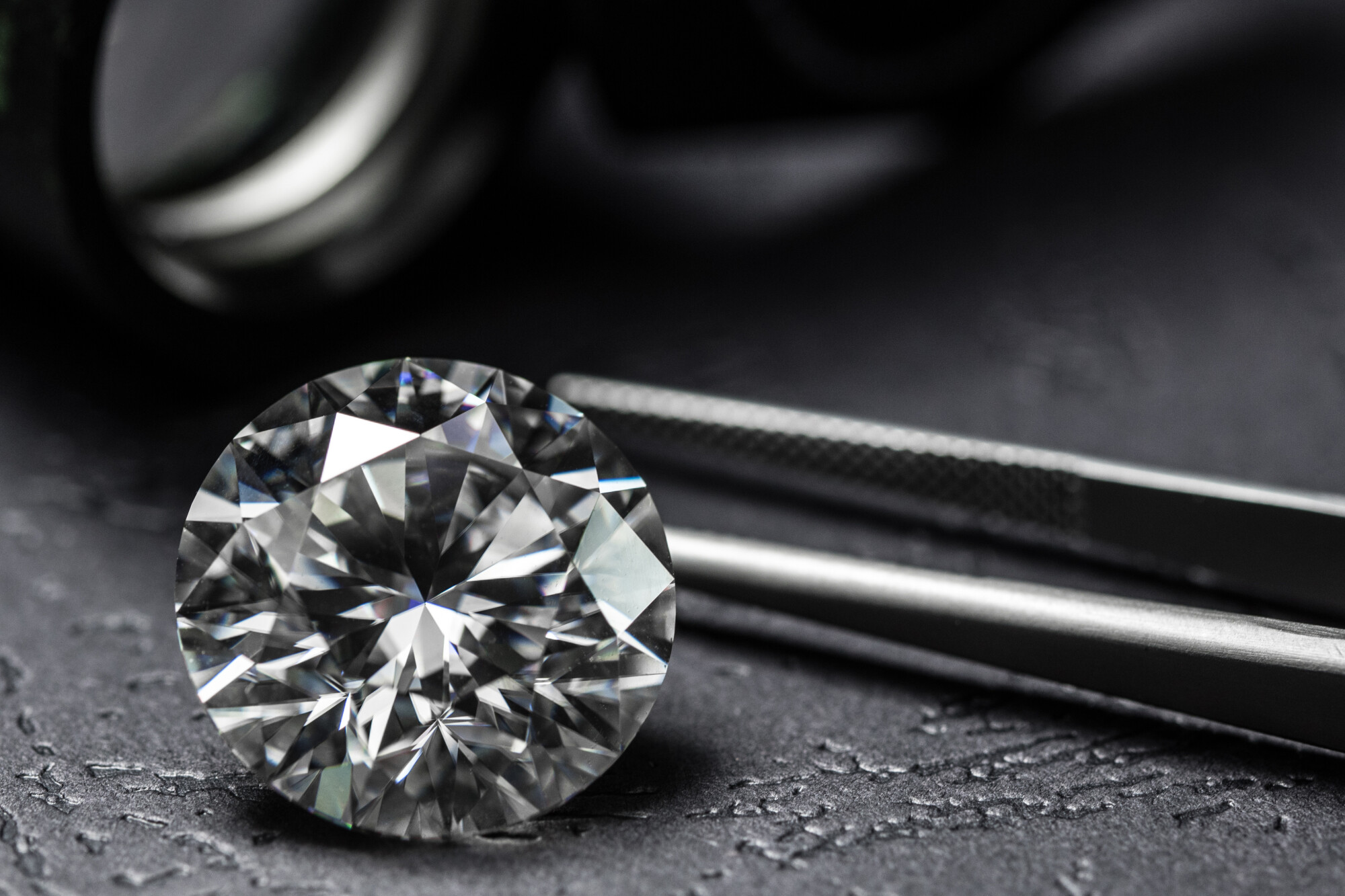 The global diamond market was valued at almost $90 billion in 2018. But what makes diamonds such a large industry? And how is this industry changing?

When most people think of a diamond, they think of one that comes from a mine, but you may have heard of a new process where people can create a diamond in a lab.

How Are Natural Diamonds Created?

First, let’s take a look at how the processes within the Earth create diamonds in the first place. Diamonds are just carbon atoms arranged in a specific pattern.

Over time, these structures can shift from one to the other depending on which structure is stable at a given temperature and pressure.

In fact, at room temperature and pressure, the stable form is graphite, so every diamond is spontaneously shifting into graphite. But don’t worry, this process takes thousands of years at least.

This means the way to make diamonds is to have carbon at a temperature and pressure where it is more stable than graphite.

The problem is, for most of the history of the Earth, these conditions could only be found deep within the Earth’s mantle. When carbon from the early Earth was buried in the mantle, it could naturally form diamonds.

When volcanic eruptions brought these diamonds closer to the surface, we could mine them to make jewelry.

Although natural diamonds have been the standard for beauty for centuries, there are several alternatives that have risen in popularity over the last century.

Whether you’re looking for something that looks like a diamond or an actual diamond that was made rather than mined, there is probably an alternative that is right for you.

One of the most common alternatives is moissanite. Discovered in 1893, moissanite was originally thought to be a diamond. However, under closer scrutiny, it was a crystalline form of silicon carbide.

This means moissanite contains carbon as diamond does, but it isn’t pure carbon. The French chemist Henri Moissan discovered this gem in the crater formed from the impact of a meteorite.

Studies of the isotope content of the carbon and silicon in moissanite from meteorites revealed that they came from outside of the solar system rather than from the Earth itself.

Because of this, people believed all moissanite came from space. However, natural sources were found in the 1950s. Although there are some natural sources still, almost all commercial gems are artificial.

What Is a Lab-Created Diamond?

Put simply, lab-created diamonds are diamonds that have been made in a lab. Also called lab-grown diamonds or lab-crafted diamonds, these have exactly the same chemical composition and structure as natural diamonds.

When comparing lab-created diamonds vs. natural diamonds, the only difference is where and when they form.

Instead of forming in the Earth’s mantle over thousands or millions of years, lab diamonds form in a lab over the course of about a week.

Since artificial processes require a great degree of control, these diamonds will lack the natural imperfections found in natural diamonds. But you can’t tell them apart with the naked eye.

In order to tell the difference, gem experts use special tools to detect the presence or absence of these imperfections.

Over the last century or so, scientists have developed several different processes to make this type of diamond.

When it comes to the price of diamonds, lab-created diamonds are usually about 30% less expensive on average. However, their price tends to fluctuate more.

Natural diamonds have been around for longer and have always been more popular compared to artificial diamonds. In contrast, lab diamonds are gaining popularity in the market.

As opinions shift and demand changes for the different types of diamonds, the newer lab-created diamonds see more of an effect on the price.

Another factor that affects the price is how renewable the types of diamonds are. There is a set amount of natural diamonds that we can mine. There may be more forming in the mantle now, but there’s no way to tell when they might come closer to the surface.

Since carbon is a commonly occurring element, there is essentially no limit to how much diamond we can make in the lab.

Now that we’ve answered the question “what is a lab-created diamond?” and looked at some of the differences between them and natural diamonds, feel free to do some more research and decide which kind you would prefer.

If you’re interested in diamonds, whether natural or lab-created, please contact us to find out how we can help to meet your diamond needs. 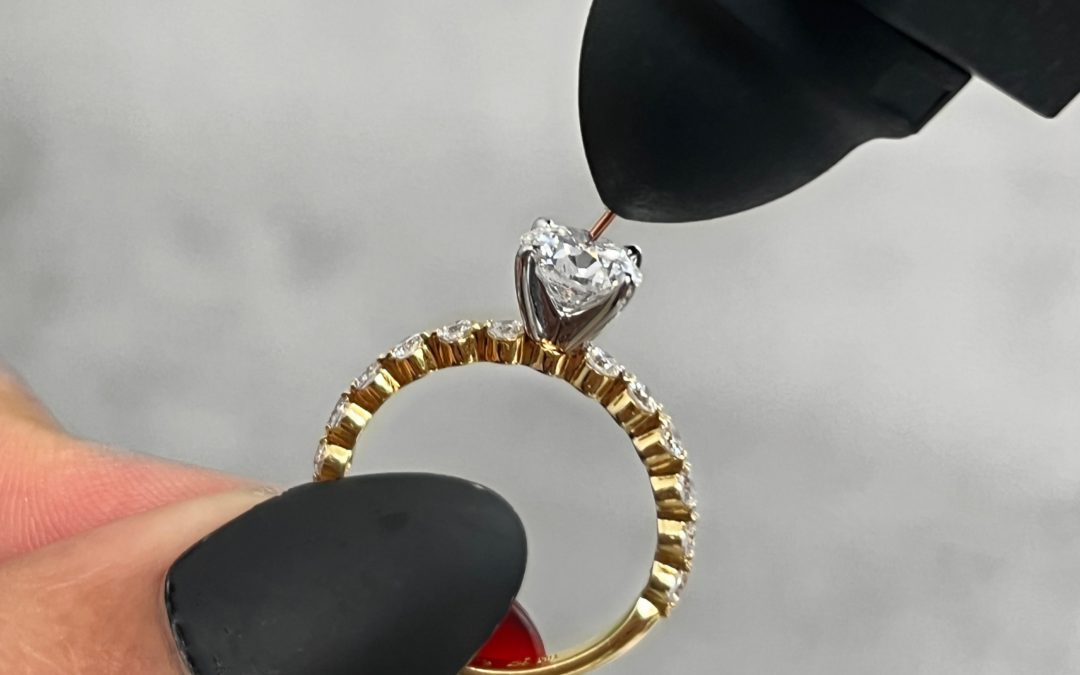 The very first non-natural diamonds were grown by General Electric in December 1954. But, due to the high cost of their creation and low customer demand, they were considered a success for science and not the jewelry industry. Later, in the 1970s and 1980s, lab...

END_OF_DOCUMENT_TOKEN_TO_BE_REPLACED 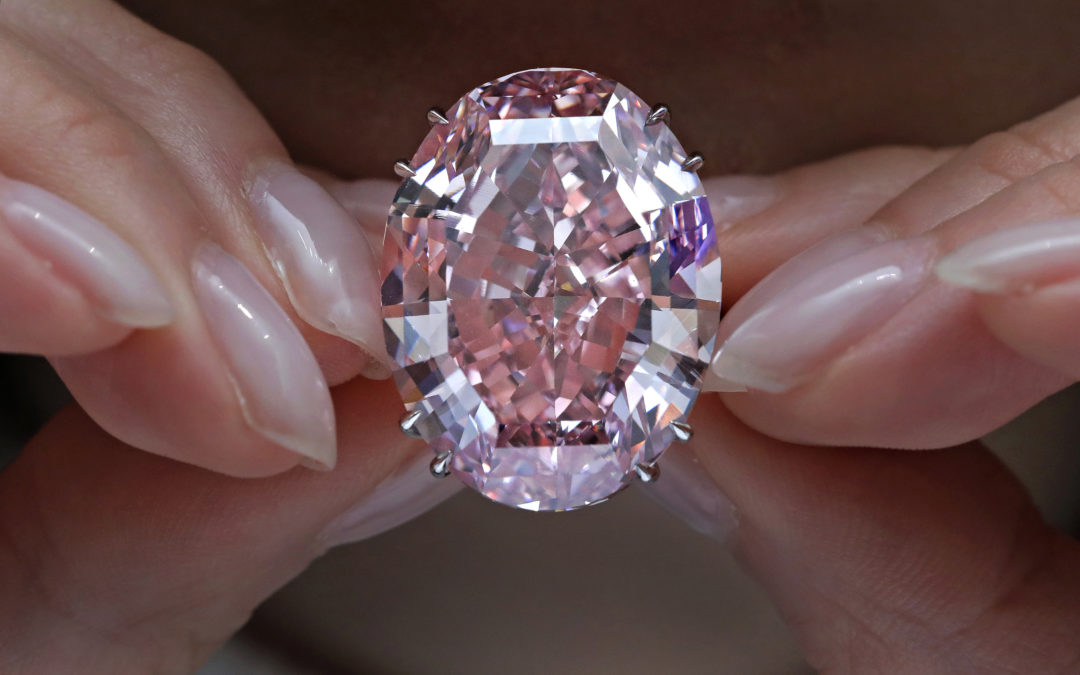 The World’s Most Expensive Diamonds in 2022

Did you know the world's oldest documented diamond came from a mine in India between 1100 and 1300? It's called the Koh-I-Noor Diamond, which means "Mountain of Light" and it has a carat weight of 105.6 carats. While a diamond this large could easily be one of the...

END_OF_DOCUMENT_TOKEN_TO_BE_REPLACED

What are Hidden Halo Rings?

In 1477, the Archduke Maximilian of Austria commissioned the first diamond ring. Despite the rise of modernity, one thing has stayed the same throughout time: the beauty of engagement rings. Everyone deserves to feel special on their engagement day, but the ring...